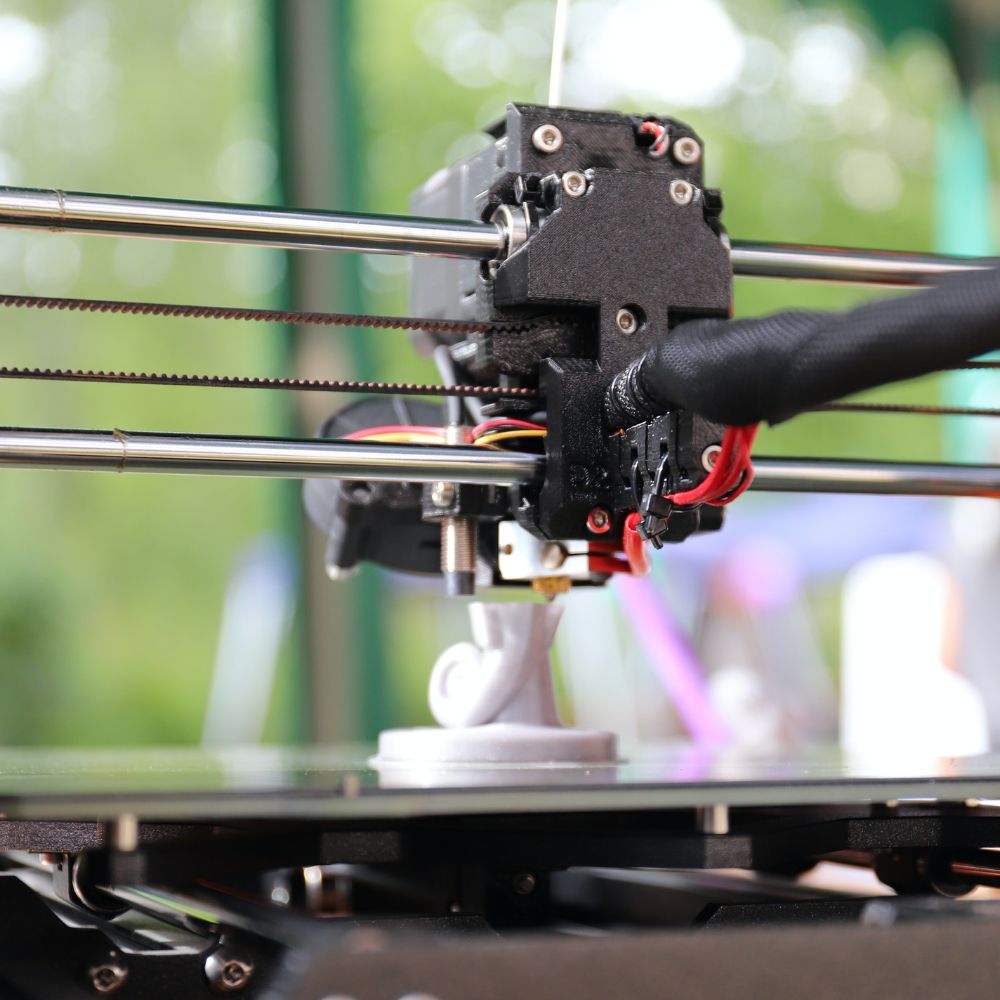 3D printing is one of the great technological advances of the 21st century and, although its benefits (environmental and constructive) are several, as of today there are only a few pieces of architectural works carried out by means of 3D printing worldwide.

3D printing isn’t only a more economical constructive manufacturing technique, but also minimizes errors in the production of parts and generates significantly less waste than the traditional technology that is mostly used today (and could even replace it).

In this article we will tell you what 3D printing is, how this technology works and why it could be the future of sustainable architecture.

What is 3D printing?

The 3D printing process was devised in the 1980s by Charles W. Hull, who created the first 3D printed piece, completely revolutionizing the printing market. This invention allowed the development of various parts and products with greater speed and precision and, after 40 years of improvement, its applications have reached areas such as health, design and architecture.

Subscribe and receive all the news directly in your mailbox

How does 3D printing work?

As mentioned, 3D printing works through the additive manufacturing process of material. But in order for the printer to print the desired three-dimensional object, it needs a digital file with the previously modeled product design to tell it how and where to print the material. These files essentially work by means of coordinates that are sent to the printers to guide their movements. In this way, the horizontal and vertical movements of the printer head, also known as X, Y and Z axes, are directed.

The addition of layers in the 3D printing process works much like pixels in a digital image. In turn, the 3D printer can control layer-by-layer thicknesses and so, as with pixels, the more layers that are made in a print, the higher the resolution of the finished product design.

Why 3D printing could be the future of sustainable architecture?

Global warming and the worldwide movement in favor of sustainability and environmentally friendly behaviors have set a precedent, leading society to reduce its environmental impact on the planet. This is why areas such as construction (which is responsible for more than 50% of the world’s polluting emissions) have had to look for more sustainable alternatives to carry out their task.

One of the alternatives found by the construction area, thinking about a future sustainable architecture, was 3D printing. As this technology was perfected over time, this system became capable of printing parts in a wider range of materials in addition to plastic material, such as metal material and glass material, making 3D printing a much more realistic option.

The 3D printing process not only helps to optimize materials and reduce the percentage of waste during manufacturing, but it is also highly beneficial economically, as it requires less time and reduces production costs by 25% to 35% in the process. This is why Dubai promises to set a precedent in the use of this technology by stating that by 2030, 25% of buildings will be 3D printed.

All the news and exclusive discounts directly in your mailbox. Subscribe now

The 3D printing process is one more example of how technological advances point to a much more environmentally friendly future. From Ekohunters we believe that today it is a social responsibility to seek alternatives to systems and technologies used for years that had as a side effect the neglect of our environment. Undoubtedly, 3D printing is a highly beneficial technology in terms of sustainability that points to a future sustainable architecture.