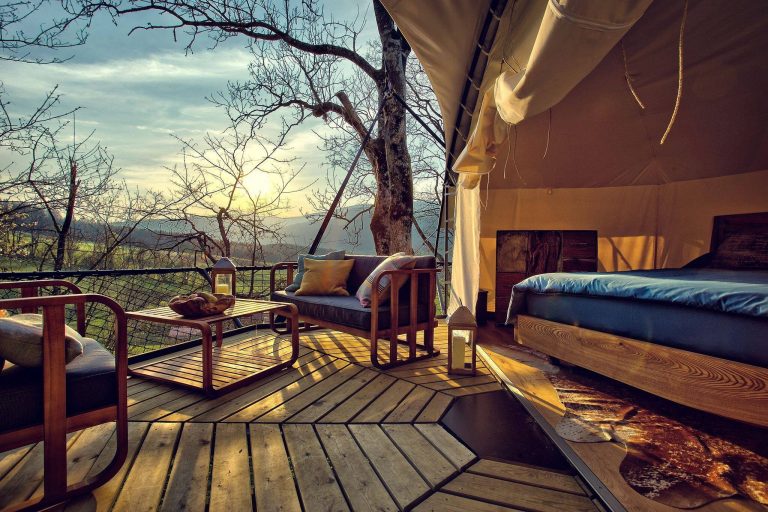 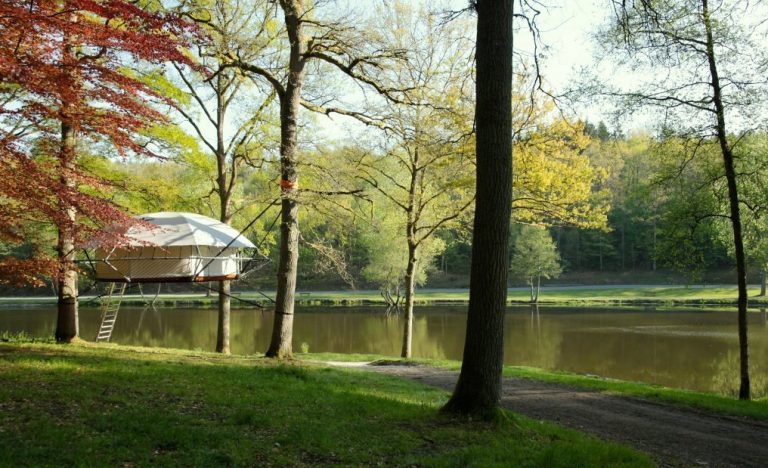 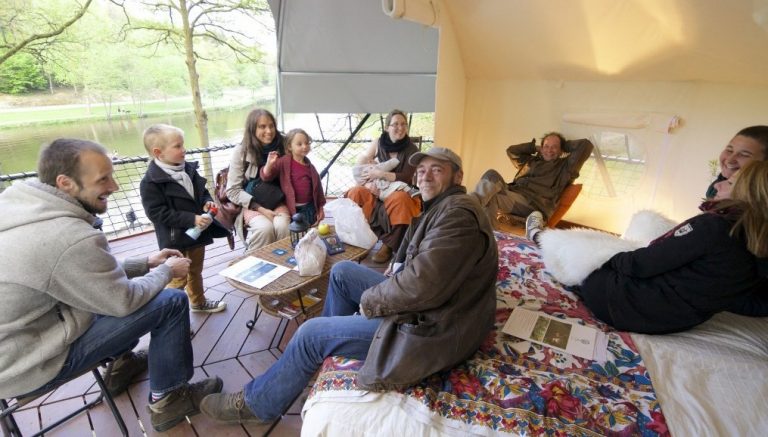 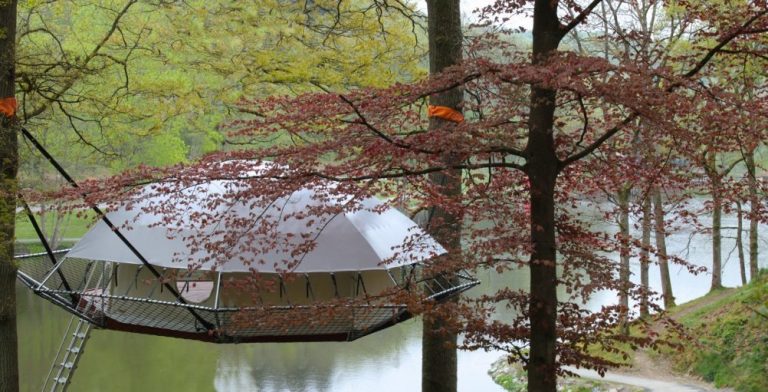 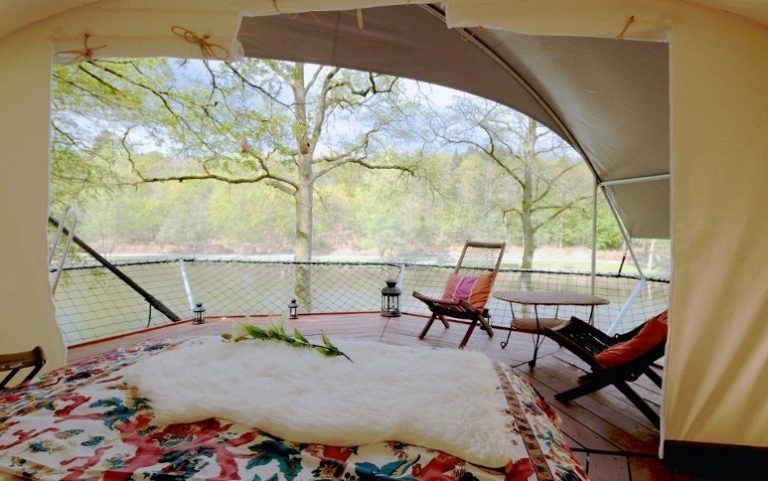 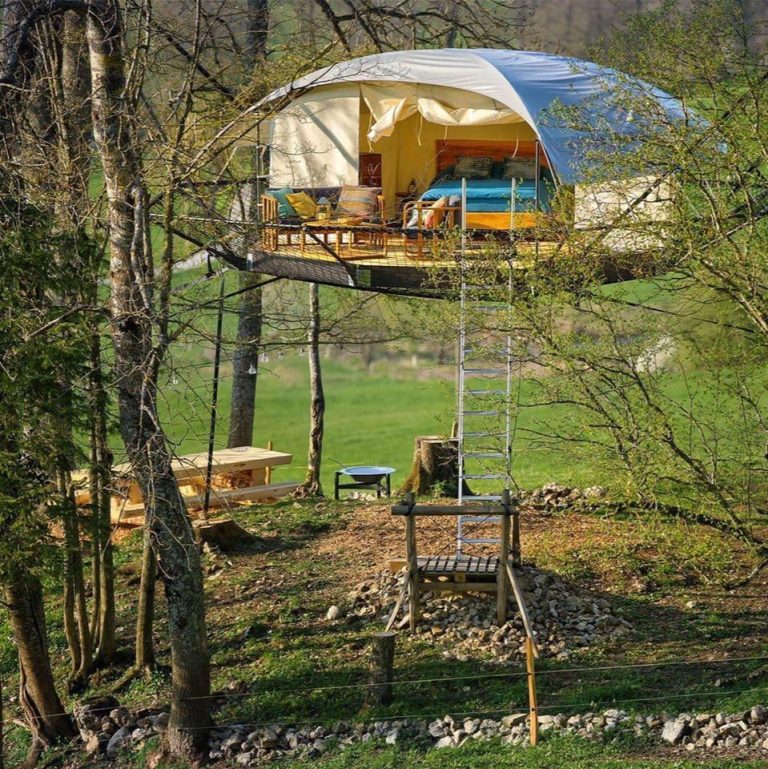 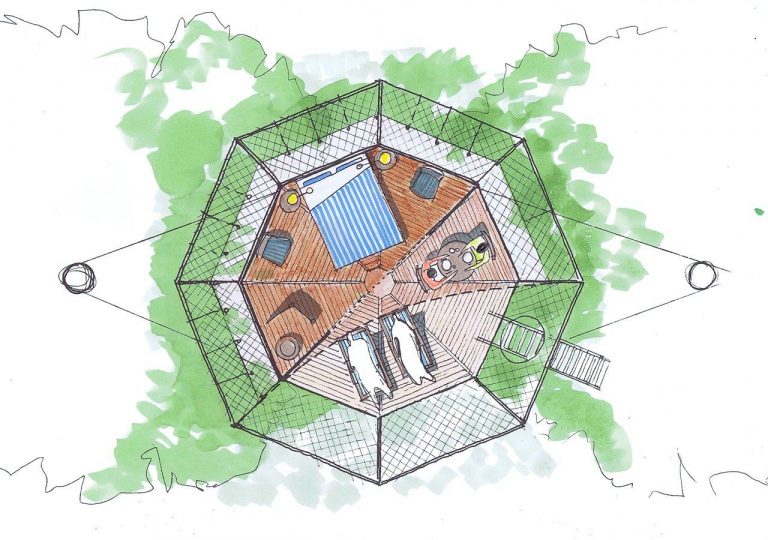 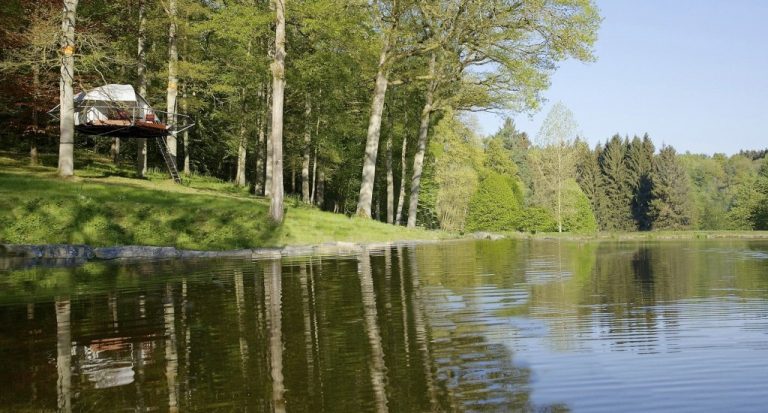 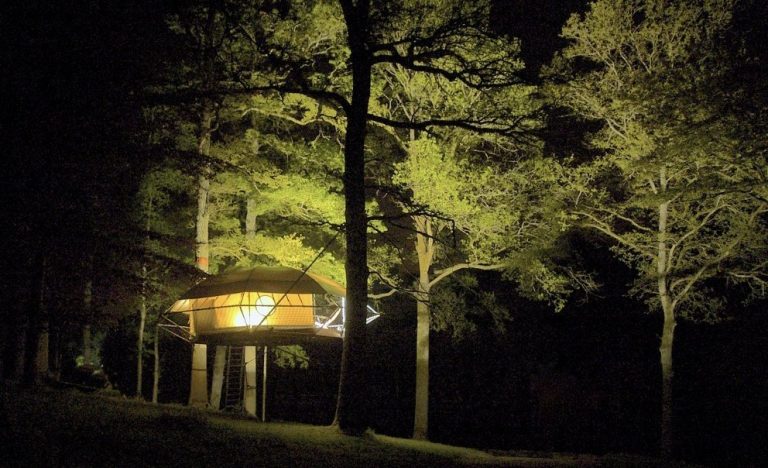 Hanging from the trees allows to avoid the damage to the ground caused by the use of foundations of supports often used for the construction of perched huts. It also avoids the use of conventional tree constructions that do not take into account the growth of trees.

Holes and perforations are preventable.In the absence of trees it is possible to mount the Dom’Up on Pilots of varying heights. The height adjustment system of the pilots makes it possible not to intervene on the ground, and to mount it on inclined floors.

Capacities and limits of use- The usable surface is of a little more than 18m ². On this one 10 people of 80kg are admitted, and in addition to this Loads a distributed mobile load of 50kg / m² for the furniture. In total, this corresponds to 100 kg / m² of overload, outside the self-weight of the structure.

The load of snow applies mainly to the hoops, which in turn support the floor. In order to Limit the total load on the floor, access must be limited to two persons in case of snow accumulated on the Roofing.

The structure is dimensioned taking into account a wind speed of maximum 85 km / h. as a precautionary principle should not be used beyond this limit. At the storm announcement and during periods when the Dom’Up will not be used, it will be necessary to relax the stiffeners in order to allow the support shafts to freely accompany the winds. This operation is carried out using simple lashing straps equipped with ratchet tensioners.The diagonal elements (uprights) which take up the guardrail and their fastenings by recessing floor to be capable of resuming a vertical accidental load of 1kN at the end of the amount.

The Dom up product includes the following items:

10 in stock (can be backordered)

The Dom up is a sustainable and "no trace" functional and discreet octagonal structure thought to install wellness outside creating a totally reversible economic habitat hanging between two trees. It is quick to implement and totally mobile. If you prefer to delegate the installation in professional hands please visit https://www.treesaregood.org/findanarborist

Ask for help
Other products of Trees and people
View all