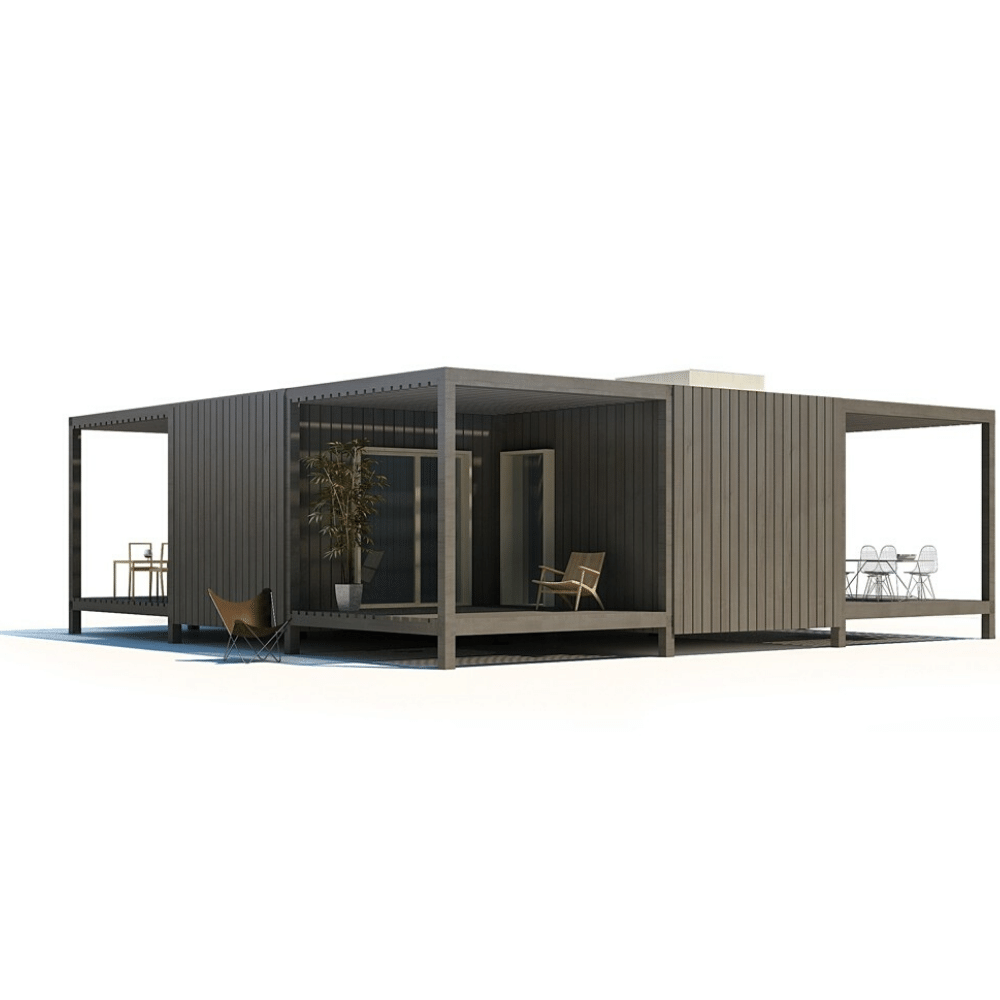 AN INTRODUCTION TO MODULAR ARCHITECTURE & HOUSES

As the world moves slowly but surely into a future of sustainability, architecture is going to play a key role. Traditional design and construction methods can lead to a great deal of waste, as well as poor environmental efficiency.

Some innovative approaches, however — such as modular architecture — can be more eco-friendly. In this piece, we’ll provide an introduction and overview of this particular method, which we’re all likely to be seeing more of in the coming years.

What is Modular Architecture?

In our section on “Sustainable Eco Modular Houses” we describe modular design as “an architecture based on the principles of sustainability.” More generally though, modular architecture (sometimes called “prefab”) is a design system whereby components to a structure are created in advance, and can be put together later, as needed.

In theory, it is meant to lead to less material waste, more replicable and customizable design, faster production, and lower costs.

Where Are We Seeing It?

There are examples of modular architecture in homes all over the world at this point. However, there are a few particular hubs that have begun to stand out in the las few years. One such hub is Japan.

In 2017, ReThink Tokyo asked about Japan forecasting the future of housing, and pointed to the rather astonishing statistic: as of that time, 12.9% of Japan’s new houses were modular. It even mentioned one prefab design company, called Sekisui House, that was producing 15,000 “detached houses” each year! Modular homes can now be found in various locations around Japan, and are setting an example for other designers around the world who’d like to follow suit.

Germany is another leader worth mentioning in this category. In fact, from a percentage standpoint, it’s ahead of Japan. In Medium’s look at top German prefab companies, it was stated that over 20% of existing homes were “coming from inside a factory.” That’s another way of saying these homes are being produced as collections of components, rather than being built from the ground up on site.

The same article went on to highlight several individual companies, such as Fertighaus Weiss, Bien Zenker, Living Haus, and others that are all doing well to show how appealing modular homes can be.

Is it Just for Homes?

Way back in 2012, in fact, The Guardian wrote that modular building could lead the way in China’s commercial construction. The piece highlighted the traditional benefits — reduced waste, energy efficiency, and innovative design — in suggesting that larger construction projects could benefit from modular architecture.

This idea has come to fruition at times in the years since, and perhaps most notably in the form of Broad Sustainable Building’s 57-story building in Changsha called “Mini Sky City.” Business Insider reveals that it took only 19 days for this building to be completed, thanks to the use of modular construction. Clearly, this example out of China poses massive implications for commercial projects.

Are the Structures Sturdy?

For those who are unfamiliar with the concept of modular design, or have never seen a structure of this kind in person, it’s understandable that stability might be a concern. The idea of essentially assembling homes and other buildings from larger components can make them seem a little bit less connected than ordinary constructions.

Typically, though sturdy structure is actually included among the “pros” or benefits of modular architecture. Components are designed specifically to be strong and durable, and the ways in which they connect are reliable. So in short, yes — well-made modular designs are sturdy.

Can They Be Insulated?

Insulation represents another question some may have about modular architecture. The image tends to be one of relatively thin walls, floors, and other pieces being fitted together and seemingly leaving little room for insulation. In the effort to maximize sustainability though, the components themselves are often insulated, even if in relatively new, minimalist ways.

To understand the variety of insulation available, we might turn to the UK, where there have been difficult conditions for insulation in many homes since long before the emergence of prefab construction. The National Energy Foundation identifies 28% of UK homes as having “solid wall construction.”

This tends to mean constructions are older, and generally speaking solid walls are both “more difficult and more expensive” to insulate. It’s perhaps for this reason that we’ve seen the UK utilizing a fairly wide variety of types of insulation in homes.

Some of those types were identified in HomeServe’s look at how to install cavity wall insulation. The article covered UF foam, mineral wool, and expanded polystyrene beads as different types of insulation that can suit different conditions. And while it didn’t specifically speak to the needs of modular homes, it goes to show that not all insulation is the same.

Just as the UK has solved some of its home insulation issues with innovation and variety, there are ways to insulate even the relatively thin and versatile components often used in modular architecture (with expanded polystyrene beads perhaps being an appealing option).

Are the Structures Affordable?

Finally, there’s the question of affordability. We noted above that one of the purposes of modular architecture is to produce less expensive constructions, but many still (understandably) have questions in this regard.

Naturally, every project is different. A homeowner working with modular design architects to fully customize a home space, for instance, may end up putting together a fairly expensive project. In general, though the data has shown that modular homes and other structures do tend to cost less.

In the midst of a fairly thorough overview of these types of designs, Curbed cited a rule of thumb that prefab construction is generally cheaper by an average of 10 to 25%. This is primarily chalked up to the perks of mass assembly, lower labor costs, and faster build time.

That just about covers some of the most common questions. Hopefully this has helped you to better understand what modular architecture has to offer. It may well be that in the next few years we’ll see more homes and commercial spaces alike being produced this way.