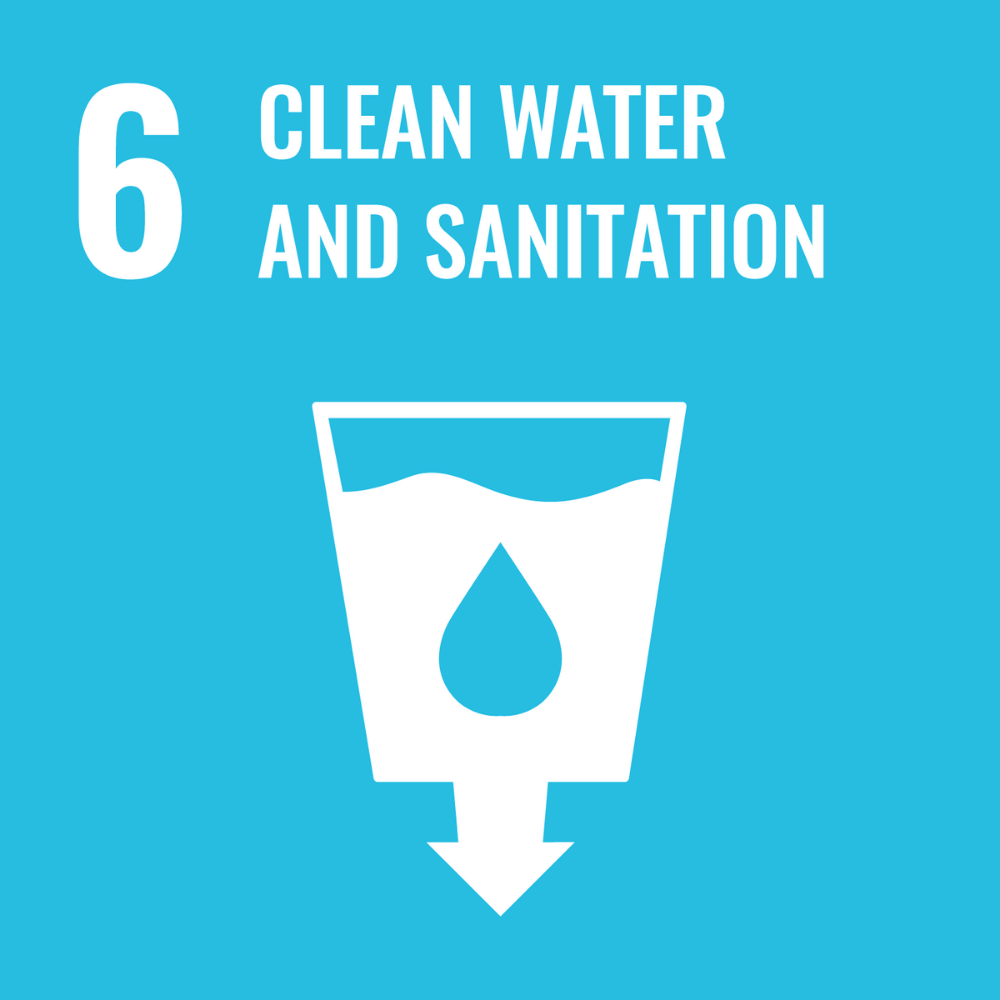 In this brief discussion of ODS, we have talked in previous posts about the importance of a good health care system for people’s well-being. Without a doubt, to make a clear contribution to this, today we come to another of the pillars on which any community’s health is firmly based: Clean water and adequate sanitation.

Access to clean water and sanitation is a drama that is also being aggravated by climate change for many people and communities. More than 40% of the world’s population has severe difficulties in accessing quality drinking water. It is possible that by 2050 1 in 4 people will suffer from this calamity.

The lack of investment in sanitation infrastructure aggravates a problem that becomes a form of marginality and a vehicle for the transmission of disease. It is more than necessary in many countries to democratize access to drinking water and quality sanitation services. This access is a fundamental requirement to ensure the health and well-being of people. However, this is an issue that implies a commitment to act on other matters directly connected to this problem.

Above other considerations that we will address below, the first stumbling block is, as on so many different occasions, governance and its commitment to address people’s real needs beyond partisan interests and power.

In many developing countries, this is more than half of the problem, aggravated by the lack of interest and support from developed countries (The False International Cooperation). The disgusting political criterion of cost-benefit. Linked to this, at the same national and international political level, is the issue of conservation and restoration of ecosystems involved with managing this resource such as forests, mountains, wetlands, and rivers, which the unstoppable voracity of the market economy and its consequences are irremediably deteriorating.

According to the FAO, agricultural and livestock farms consume between 70 and more than 90% of water withdrawals in developing countries. Their production is mostly exported to the so called first world countries. These factors give a glimpse of the dimension of the problem for the population in these countries. The lack of effective systems for managing this resource, together with the lack of investment and political commitment already mentioned, condemns a large part of these countries and their populations to suffer the consequences.

Food and Agriculture Organization of the United Nations. (FAO)

Once again, we are facing a problem where the poorest classes and countries are the protagonists. From the perspective of the people who live in the first world with its comforts, we see and manage water as we do so many other things. Waste is our fate.

According to the world health organization, a person should consume about 100 liters of water per day to satisfy their needs regarding consumption and hygiene. In Spain, we consume about 140 liters per person per day. And this is without mentioning the Water Footprint, that is to say, without counting the total freshwater consumption used to produce the goods and services consumed, which is especially evident in our eating habits.

China, India, and the United States lead the world in this statistic as they account for almost 40% of water consumption (Water Footprint). “For its part, Spain, despite being the aridest country in the European Union, ranks second – behind Portugal – with the largest water footprint in Europe with 2,461 m3 per capita per year, the equivalent of spending 6,700 liters per person per day “(Source: aquae Foundation)

At the opposite pole, it is estimated that 1.1 billion people survive on 5 liters of water per day per person of questionable quality. This is far from the 100 liters recommended by the WHO. And very far from the consumption of our comfortable lives (Europe: 200 to 300 liters per day. The United States almost 600 liters).

The unsustainability that these data show is overwhelming. It is absolutely unacceptable that millions of people are still in the 21st century without access to drinking water and sanitation. In some developing countries, this causes thousands of deaths, especially among children. And that the cause is as crude and disgusting as merely looking the other way at the problem, both from our position as citizens and from the political point of view trying to protect our wasteful, unsustainable lifestyle selfishly.

“The world water crisis is born of inequality, poverty and power, not physical availability”

Investment and protection of the environment are the two mechanisms, the two primary instruments to ensure that we can guarantee access to safe and affordable drinking water and sanitation (ODS 6) for every person in all areas where this deficit exists.

The pressure that we are putting on ecosystems, especially those dependent on the sustainability of water resources (rivers, lakes, wetlands, aquifers) and their mismanagement, being exploited to the point of drying up, or polluted, making it impossible to use them, worsens a problem already aggravated by climate change (drying up of wetlands, pollution of rivers…catastrophic floods).

We must commit ourselves now to the protection and management of these ecosystems (of the planet) if we want to avoid that half of the world population suffers from this lack of drinking water in the next years.

On the other hand, there is the political and governance problem. Investment in adequate sanitation infrastructure must be a priority in all countries, especially in countries suffering from this problem where poverty is also often acute. Guaranteeing personal, educational, and labor development as well as ensuring health depends to a great extent on this investment in infrastructure, especially regarding water and sanitation. To guarantee access to water and sanitation is to secure a healthy life, and for this purpose, governance must put this objective as a priority.

It is vital to ensure that water is used as efficiently and profitably as possible and that it respects environmental mechanisms. To provide citizens with drinking water and sanitation infrastructures, as well as to optimize the use of this resource in agriculture and livestock and to apply clean water technologies that protect the environment.