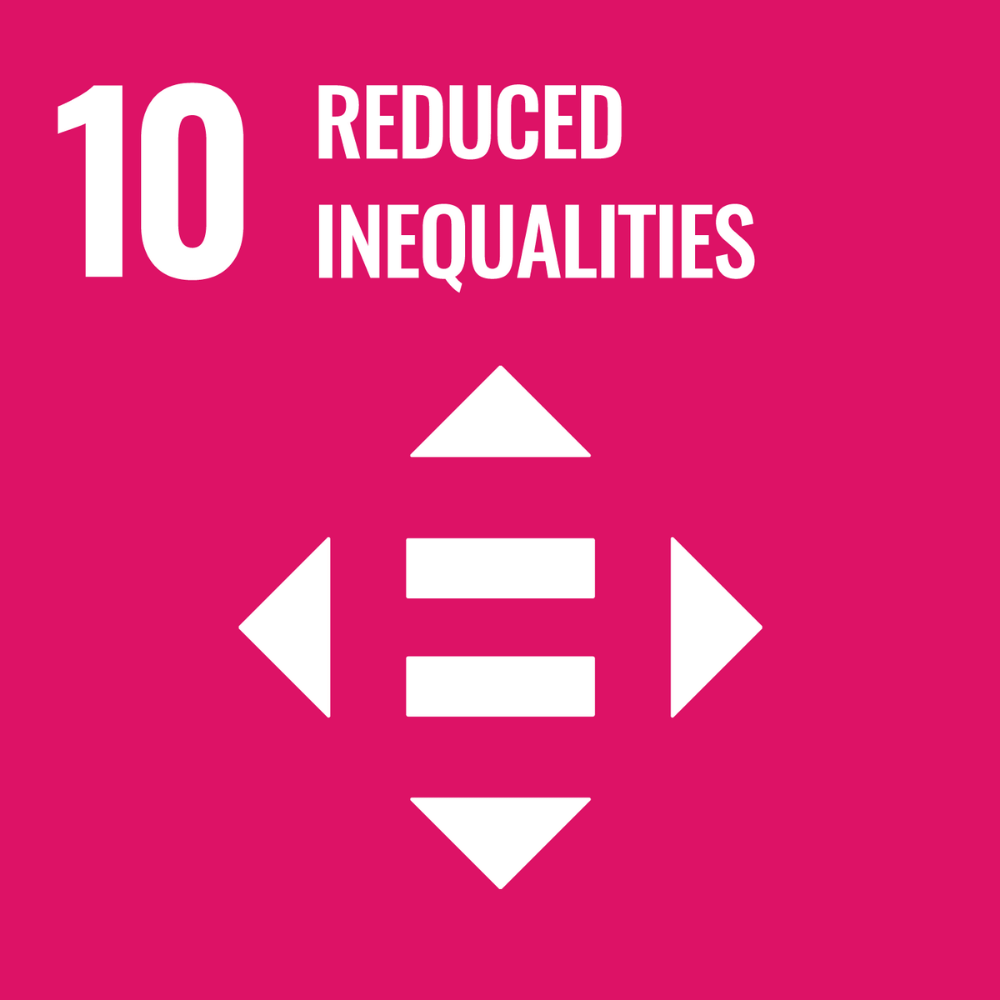 We live in an unequal world. Social, economic and gender inequalities […] create conflicts all over the planet that contribute to poverty and aggravate the situation of vulnerability of a large part of the world’s population. Unemployment and the consequent lack of income, precarious working conditions are just some of the situations that place these people or social strata in a situation of weakness in the face of socio-economic shocks.

This problem is much more serious for poor countries, often with the connivance or neglect of developed countries, as a result of geopolitical games between economic powers, which lead to armed conflicts and completely devastated countries and societies where inequalities are transformed into poverty, misery and despair with terrible consequences.

Inequality has increased even more due to the Covid19 pandemic crisis during the last year. But the situation was already disastrous in previous years. As the Global Compact states, “the richest 10% of the population owns 40% of total world income and some reports suggest that 82% of all wealth created during these years went to the top 1% of the population, the most privileged, while the poorest 50% received no benefit.“

On the other hand, the statistical office of the E.U. publishes in its latest reports that the “crisis has entrenched territorial inequalities in the European Union, wealth is increasingly concentrated in the large European capitals.“

Focusing on our continent, a region with more than 300 billionaires, however it is also a place where more than 120 million people are at risk of poverty, Spain being the 5th country with more poverty in the European Union with 20.7% of people at risk, ranking led by Romania followed by Latvia and Bulgaria (Eurostat).

According to the National Institute of Statistics “most of the Spanish regions that in 2000 had a per capita income below the average have not gained positions, some have even suffered a setback in their position.“

For many social collectives, this supervening poverty represents a gap that is difficult to overcome. The vulnerability of groups such as immigrants is really shocking in terms of the inequalities suffered, having serious problems to be able to access a decent job, health conditions or the same educational opportunities. In short, to be able to get out of this situation of helplessness, of entrenched poverty. Another group that is traditionally punished by inequality is women, who are the hardest hit by the socio-economic consequences of the pandemic. The gender gap places women in a situation of inequality that is often chronic due to the discriminatory situation they suffer and which is aggravated by these circumstances.

As the Global Compact puts it, “inequality is a threat to social and economic development, undermining countries’ growth, fostering global poverty, especially in relation to the most vulnerable groups, and undermining people’s sense of fulfillment and self-esteem“.

SDG 10 seeks to implement a solution that puts an end to this economic and social imbalance and prioritizes the struggle for equality by trying to eliminate differences and emphasizing the generation of equal opportunities that reduce poverty, discrimination and promote inclusion.

Measures in favor of equality are necessary. The public authorities must adopt policies that empower and provide tools to the disadvantaged to achieve the same welfare that we already enjoy the most fortunate. It is not possible to continue looking the other way; it is not possible that one part of society selfishly protects its position of well-being while others live in a situation of helplessness and inequality, feeding an absolutely unjust imbalance. We must work for a fair and sustainable income system.

This Sustainable Development Goal 10 states very clearly its target in this regard. “Income inequality is a global problem that requires global solutions. These include improving the regulation and control of financial markets and institutions and promoting development assistance and foreign direct investment for regions most in need.“

It is therefore necessary to move towards a model in which equal opportunities mark the way forward. A path where this equality is based on social, economic and political inclusion without discrimination of any kind. A model where income is not the origin of inequalities that lead to situations of helplessness, poverty, misery […].

To this end, governments must implement policies and legislate in favor of wage equality and social protection for the most disadvantaged, developing progressive fiscal policies and regulating markets in order to prevent the proliferation of social gaps and pockets of inequality between rich and poor, where large fortunes coexist with enormous situations of poverty.

We cannot look the other way in the face of the problems that in many or most cases are generated by developed countries, forcing millions of people to migrate and then closing the door on these people and condemning them to a life of misery. Well-managed migration policies are the key to eliminating from the equation all the conflicts and social tensions associated with this problem, which only jeopardize the social and political stability of the receiving countries and put millions of people around the world at risk of exclusion.

Therefore, and in order to prevent as far as possible this situation of uncontrolled migration and the adjacent problem of poverty and helplessness of these people, we must work to provide a future, a welfare for all these countries instead of exploiting them and exploiting them in our favor in a misunderstood imperialist right of the developed countries. Let us promote a differentiated treatment to these least developed countries in order to provide them with the means to strengthen their economic and social system. Let us provide them with financial flows, direct foreign investment, that will give them opportunities to grow, generate and consolidate economic and social welfare systems for their citizens that will not force them to migrate.

Finally, we would like to highlight the need to put an end to discrimination and the gender gap. It is necessary, in certain countries and continents it is much more than necessary, it is urgent to educate in gender equality. This inequality puts women and their rights in a situation of discrimination, of absolutely unfair inequality. Creating an egalitarian social system between men and women in all areas and all over the world is a necessary step in the fight to end inequality.

It is more necessary than ever to work in favor of a planet, of a society based on sustainability as the foundation of a social, economic and environmental model that respects the planet, is egalitarian and fair to people.