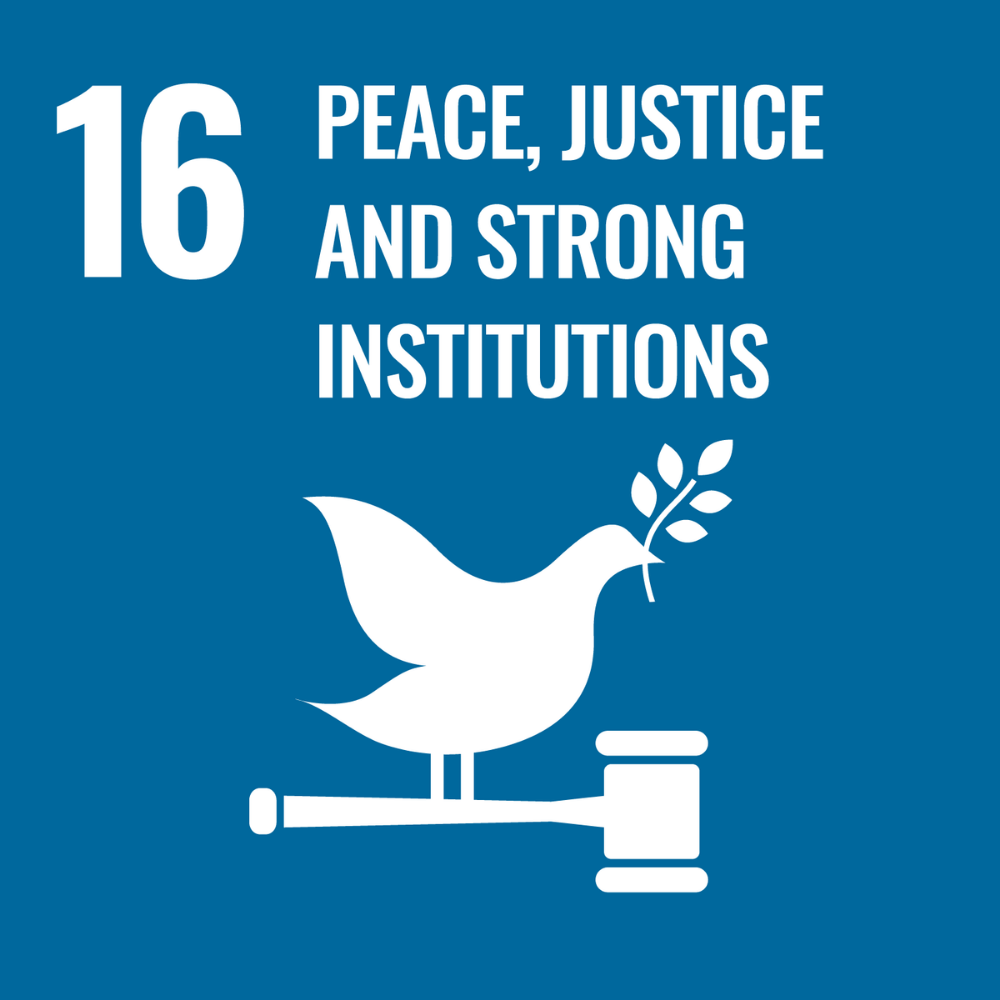 Conflicts across the planet, whatever the motive or geopolitical ambition that fuels them, have not ceased; on the contrary, we are witnessing a social and political polarization that is exacerbating these conflicts around the world. “The number of people fleeing wars, persecutions and conflicts exceeded 70 million in 2018, the highest number recorded by the Office of the United Nations High Commissioner for Refugees (UNHCR) in almost 70 years”, in the last three years this number has not stopped growing. Climate migration, wars, the economic and social situation in many third world countries or the Covid pandemic and its consequences have greatly aggravated the situation of millions of people who are forced to flee for their lives or to seek better prospects.

In this climate, implementing the underlying principles and values of the Sustainable Development Goals and the 2030 Agenda is truly complicated. Fighting to end this scourge, building resilient societies based on human rights, must be the path towards a social system of coexistence where sustainability marks the future of the planet and its inhabitants. Without this, it will be difficult to implement any of the values included in SDG 16.

The social construction that will put an end to conflicts and insecurity caused by the systematic violation of human rights throughout the world must be based on the guarantee of the “rule of law” framework. It is necessary that all countries guarantee people a living space where they have the security and the guarantee that their fundamental rights will be respected and defended by the legal system on the basis of equality and without any discrimination whatsoever.

We must work to put an end to the various forms of violence that plague the world’s citizens. One of its greatest supports is found in the arms business and the consequent flow of weapons throughout the world. The arms lobby and its consequences, in each and every one of the world’s conflicts, is the self-interested fuse that marks the beginning of all conflicts, of all wars. A lobby endorsed and supported by some of the most important governments on the world political scene. Many of them try to sell us their pacifying intentions in world summits and supranational institutions, while on the other hand, they continue to sell the weapons that feed bloody conflicts in countries that play the strategic and geopolitical role of the moment, looking the other way, while the population dies massacred or is condemned to become second-class citizens in subhuman conditions in refugee camps outside their countries.

In addition to the much-needed peace, this SDG 16 seeks to strengthen judicial institutions that underpin a system of rights and obligations in all countries that places the citizen and his or her inherent rights as a person at the pinnacle of social construction and the principles of coexistence. Today, many countries still have major deficiencies in this area. Countries where governance based on the concept of “rule of law” is a utopia, tinged with corruption at all levels and violation of human rights, which leads to migratory flows in search of decent living conditions.

According to the United Nations Development Program, by 2020 there were already more than 80 million people displaced as a result of armed conflict, violence, persecution or human rights violations. More than 10 million people are stateless, without recognized (denied) nationality and rights. In at least 49 countries, there are no laws against gender-based violence, with women suffering systematic violence in their daily lives. More than 1 billion people are legally invisible and more than 600 million children were born unregistered and therefore legally invisible.

In this situation, sustainable development is an elusive goal, as millions of people live as refugees without access to a dignified life and a minimum of rights. The rule of law is a basic principle for achieving sustainable development at all levels. Significant economic, social and environmental progress is not possible as long as second-class people continue to exist. As long as we continue to look the other way in the face of the scourge of violence, war and the violation of human rights. As long as corruption is rampant (Corruption, bribery, theft and tax evasion cost developing countries US$ 1.26 trillion a year). As long as we believe that we can hide these problems in refugee camps to remain blind to the suffering of thousands, millions of people who suffer and die because of the selfishness and excessive ambition of the first world.

Promoting just and inclusive societies is not a necessity, it is an obligation, a human right that each one of us must demand and demand of ourselves. Without these values we will hardly be able to build peaceful societies, we will hardly be able to demand governments and institutions that place all people without any discrimination at the top of their objectives. It will be difficult for us to achieve sustainable development.

“Injustice anywhere is a threat to justice everywhere“.