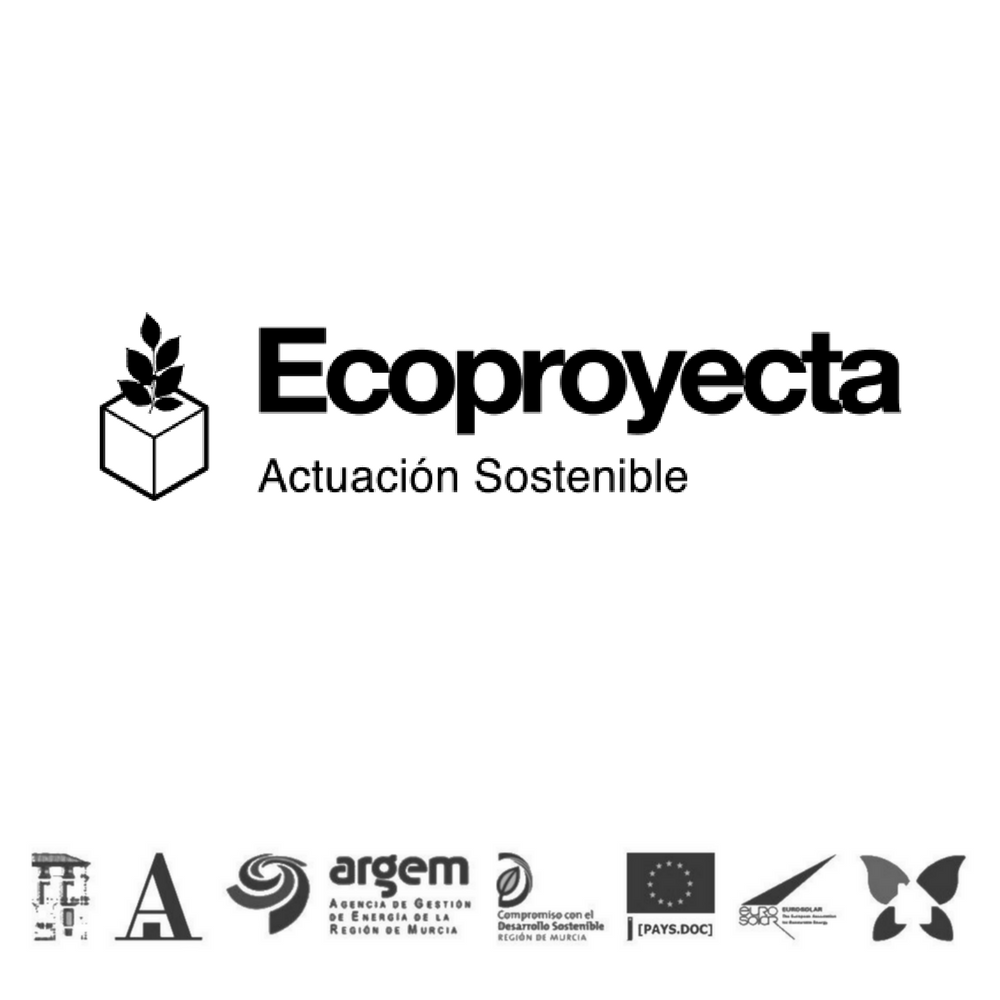 Ecoproyecta was founded in 2005 as the joint project of an architect and an agricultural engineer, with the aim of bringing a more sustainable perspective and greater environmental sensitivity to the world of construction.

Since then, the project has grown and consolidated, and is nowadays a collaborative network of professionals from different fields within architecture and engineering, focusing its activity on sustainable construction projects, and offering economically, environmentally and socially responsible solutions.

Zeiss – named after the Zeiss Planetarium, the first geodesic dome built in 1924 by Walther Bauersfeld

The use of natural or recycled raw materials, the correct management of water, the use of the environment’s own resources (for ventilation, lighting and heating/cooling), the incorporation of native vegetation, and the integration of renewable energy sources are some of the principles of bioclimatic architecture that are kept very much in mind during the design process.

At Ecoproyecta, they face all their projects – from a small single-family house, to a master plan or a landscape intervention – with a current, comprehensive and conscious vision of the economic, social, energy and environmental problems; and they firmly believe in the possibility of resolving these problems through local action.

Similarly to gastronomy which has been moving away from fast food and towards slow food and km 0 cuisine (made with organic products which originate from as close as possible to the place of consumption), some architectural references have recently begun to explore the km 0 model in their projects.

Ecoproyecta is among the advocates of this practice, turning to local industry, manufacturing and crafts as a in order to save in transportation costs, reduce the ecological footprint of construction, and promote local development, and conservation of traditional techniques and materials.

All this is demonstrated in one of their most innovative projects, which is also Ekohunters’ first foray into architecture and the offering of eco-modular houses: the construction of geodesic houses.

Geodesic houses (that is, inspired by the shape of the Earth), are geometrical constructions based on the divisions of an icosahedron that allow to cover large surfaces with a minimum amount of material, and in a very quick way thanks to its modular composition.

The result is spacious, warm and very luminous spaces. And thanks to their principles, Ecoproyecta‘s buildings have the added value of an environmentally sustainable construction, focused on the care of natural raw materials and guaranteeing minimum energy consumption, for a house that covers all the needs of today and at the same time guarantees the well-being of the future.