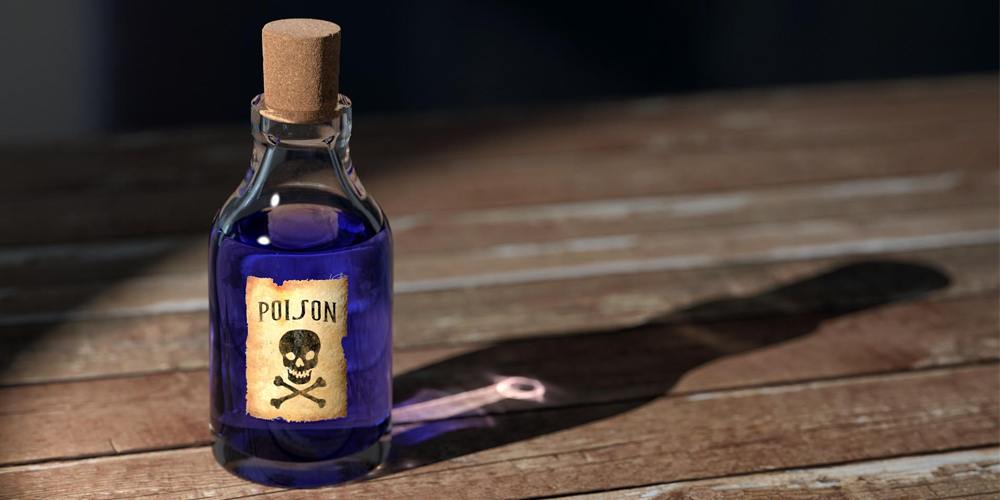 Learning to identify them

Building materials, decoration, paints or lacquers, plastics and a multitude of substances of daily use that flood our homes with potential toxic elements, in many cases by a simple question of lowering production costs, without taking into account the long-term consequences of constant and continuous contact over time with these everyday elements by people.

Toxics in the home are a problem often ignored by ignorance, because it has not been sufficiently researched, other simply because lax legislation of their places of origin (manufacturing) allow standards in their production processes of dubious quality or that introduce substances not allowed in our environment. Sometimes we ourselves misuse the handling of cleaning products or other types of not putting the diligence they require and placing at serious risk the integrity of our home and the people who live in it.

Not only the atmospheric pollution of the street can be potentially harmful, both in our homes and in the workplace the air we breathe can be vitiated by substances and agents of various kinds that can be as harmful or even more than we can breathe in the street of any big city. Substances derived from tobacco smoke, air conditioners or ventilation systems in poor condition, dirty, heating or other appliances that do not combust properly are potential sources of serious health problems.

But even the very materials with which the home has been built or decorated may contain substances harmful to health. Coatings and insulating materials (gypsum, PVC, glues and adhesives…) are usually the usual suspects where we can find substances such as phthalates that various investigations relate to problems by producing effects such as hormone disruptors.

A classic problem that many allergy sufferers will be aware of is the dust that accumulates in our homes. Carpets and rugs are usually (and especially when manufactured with due rigour) a source of harmful substances such as flame retardants in addition to accumulating large amounts of dust. cables, furniture, fabrics, mattresses, carpets, rugs, sofas … are products that accumulate these types of substances (PBDE) that are inhaled in many cases and accumulate in our bodies causing hormonal changes and even studies relate to thyroid cancer.

Another of the large groups of potential toxins to which we are exposed are alkylphenols. Pollutants already widespread in nature, especially in water, are found from coatings of water pipes through coatings as well as adhesives, gums, coatings, personal care products and cosmetics, paints, pesticides, detergents, cleaning products, pesticides, textiles, that is, we are before one of the most widespread families of toxics in our homes and workplaces. Its effects on human beings are related to problems of fertility and development.

Bisphenol A has long since become a symbol of the fight against the toxic substances that flood our daily lives. Its widespread use in all types of products and sectors made there was some resistance from the authorities to prohibit its use. Finally, in view of the overwhelming amount of studies and research that linked it without any doubt with other serious risks for the immune system and child development, the European Union and the American environmental agency banned its use. The Journal of the American Medical Association, based on the monitoring of hundreds of adults whose level of concentration of bisphenol A in urine was measured and the possible link of that with various problems, found that there was a clear relationship with type 2 diabetes, with problems with liver enzymes and with cardiovascular problems.

Bisphenol A has also been associated with immune alterations, thyroid effects, obesity, female fertility problems, polycystic ovary disease, chromosomal anomalies in fetuses, advancement of puberty in girls, prostate alterations, genitourinary malformations. CDs, DVDs, computer casings, household appliances, resins inside many cans of food, drink, also in many paints and surface coatings, adhesives widely used in construction and decoration even in tooth fillings, Bisphenol has been used in many products of our day to day and has been and is a serious threat to our health.

The relationship between antiquity and toxicity often goes hand in hand.This is the case of another group of hazardous substances; Heavy Metals. Paints applied in previous decades usually contain lead that over time or with the actions carried out to restore the walls (sanding, scraping) release particles that can be absorbed by the body. We can also find this element in ceramics, crystals, or something especially serious, toys, which from certain countries may contain lead or have been covered with paints that contain it. The consequences of prolonged exposure, as in previous cases, can be serious for health. Reduction of male and female fertility, attention deficit and hyperactivity disorder, psychiatric disorders, chronic renal disease, cognitive deterioration, coronary diseases…among many others.

In this same one also other metals are found like the mercury product very habitual in adhesives, sealant coatings…with consequences are equally serious for the health. But the real problem of this metal in its location in the food chain. Especially in fish (species such as tuna or swordfish), from where it passes to our body after ingestion. Uncontrolled spills by the industry to both rivers and the sea has ultimately led to a serious health problem that persists despite restrictions on the use of this metal by the E.U.

Along with these described here there are many other toxic, such as volatile organic compounds (Formaldehyde, Benzene, Toluene, Styrene and Xylene), perfluorinated compounds (Existing in many pots and pans), aromatic hydrocarbons (existing in candles), stoves, fireplaces, incense …) or Parabens that have created and create great alarm because its use is widespread among others in many products, from skin creams to drugs, deodorants or food products.

Although their use is permitted, there are scientific studies that have associated them with various problems, among which are allergic contact dermatitis and other skin problems, possible estrogenic effects, and breast cancer … among others. Without a doubt, we must pay close attention to this threat, especially with regard to the groups at greatest risk, such as children and pregnant women. In both groups, the consequences of being exposed to toxic substances are particularly serious and their normal growth or the development of the fetus in pregnant women may be affected.

Both the control and environmental health authorities of the EU and of each of the countries legislate and control the legal use of these substances. In spite of which its use, be it because it has been produced in previous decades as in the case of coatings …paints, carpets, …etc, continues to produce effects. In other cases, such as mercury and its discharges as a result of which has contaminated some species of fish with the consequent risk to people or parabens widely used in the cosmetics industry are a serious and current risk to which we must pay attention.

On Ekohunters, we pay special attention to this issue of toxics. Products designed and manufactured in the absence of substances that can be harmful and damage health. Our designers put the rigour that such a sensitive and important subject requires for people. Be sure to visit our website and check that all our products set the standard in terms of toxicity.