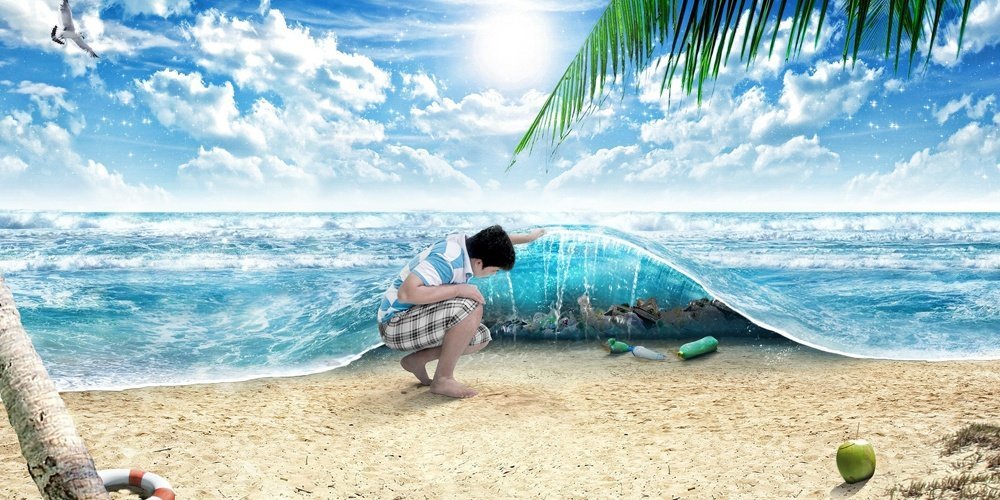 Last June 8 was celebrated the world day of the oceans, being undoubtedly one of the issues raised, the problem generated by plastics that are alarmingly contaminating our oceans and seas and putting at serious risk the health of people and the life of ecosystems.

Plastics are everywhere, its versatility of uses, combined with the durability of manufactured products make them a very economical raw material. A recent report (Greenpeace) estimates that by 2020 we will exceed 500 million tons per year, 900% more than in the 1980s.

However, the price that we are beginning to pay as human beings and the one that is being charged by this derivative of the oil on the environment makes that we must put the focus on this enormous problem.

The degradation of plastic depends on various environmental factors. On average, a plastic bottle takes about 500 years to disappear, a glass between 65 and 75 years and a plastic bag about 55 years.

Large accumulations of plastic can be found in all seas and oceans of the world concentrated in large floating islands, if deepened by an added problem: the concentration of micro-plastics (less than five mm diameter or length).

These small fragments of plastic, well made, well detached from other larger ones, are in many cases ingested by the marine fauna that passes to its organism, arriving later along the food chain to our plates.

The implications for health are still being studied.A recent study noted that 97% of the marine species analyzed in the Pacific region had ingested plastics. At least 170 marine species have been proven to ingest this type of man-made plastics.

The study concludes that among the commercial species (such as swordfish, bluefin tuna and white among others), 18.2% of the Mediterranean samples contained this type of plastics in their meat. In the case of seafood, the figures are even more alarming. 83% of the samples of lobster caught in the northern European seas contained plastic filaments in their stomach.

But all this becomes vital when we talk about the possible consequences for human beings after prolonged intake of contaminated fish. Damage to the liver, proliferation of various types of cancer, toxic for reproduction and endocrine problems are only a small sample of the moment, while still investigating.

It is no coincidence, therefore, that the choice in our ideology was to reject petroleum-based plastics, in a clear attempt to put the emphasis, on the one hand on this great problem, and on the other, of course, on the alternatives we have, and not few, led by plastics of organic origin or bio-plastics. Likewise, our commitment to recycling and reuse emphasizes the necessary awareness of the final destination of these wastes. Undoubtedly, we have to work together in the achievement of a change that transforms what today is a problem into an opportunity to innovate towards better solutions.